With the digital revolution advancing so fast, it’s easy to forget the beginnings of certain things. For example, 14% of kids don’t even know what the “Save” icon stands for. Nowadays, digital marketers depend on the hashtag to generate engagement on social media, but the story of how it came about is quite interesting – it actually started with a guy wanting a better eavesdropping experience on Twitter!

More than a decade ago in 2007, Chris Messina birthed the hashtag in a tweet. Originally, the # symbol was something that was often used in information technology to highlight a special meaning in programming language. Initially, the response to Messina’s proposal was negative, where it was seen as too technical for the standard Twitter user.

However, the practicality of the hashtag triumphed as people began to find it useful, especially during the 2007 San Diego forest fire disaster. The # symbol made it easy to find and navigate the vast amounts of user generated content online. Twitter soon adopted it, introducing Trending Topics in 2009. The rest is history.

Hashtags have been used widely in many different ways since being invented, including comedy, activism and digital marketing.

One of the most successful marketing uses of the hashtag include Coca-Cola’s #ShareACoke campaign, which capitalised on making consumers feel that coke was personalised for every individual. The fact that the word “Share” was integrated into the hashtag prompted people to do exactly that.

Another notable use of the hashtag was the ALS Association’s #IceBucketChallenge, which raised 115 million dollars in 2014. It’s success was owed to the hashtag and the fun of doing a challenge, turning it into a viral trend.

What’s remarkable is the fact that the hashtag began as a way to categorise content on social media. Nonetheless, the essence and use of the hashtag has changed over the years, and understanding it can allow digital marketers effectively aim their campaign to their targeted audiences. Now, it’s not just a way of tagging content, but a way to engage in conversation, express feelings or attitudes, get involved with viral challenges, or even to denote an entire context in a short phrase.

What are your favourite hashtags and why?

6 thoughts on “How online eavesdropping turned into the hashtag” 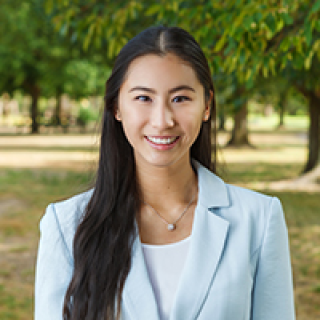 Hi there! I’m Fiona, a fifth year student studying a Bachelor of Design and Business at Monash University, majoring in communication design and marketing. This blog is where I'll be documenting my marketing journey.